What’s The Voice Got To Do With It? 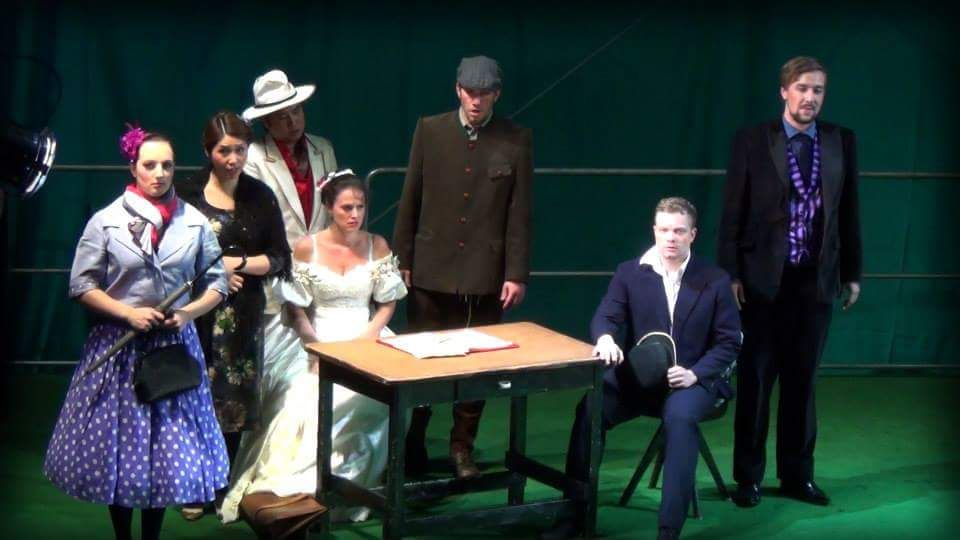 Anna was introduced to me by a friend. One afternoon three years ago she called me and asked if I wanted to come for coffee, a friend was there and she wanted us to meet each other. She thought it was an interesting match (my friend likes to match people).

I didn’t have much time as I had some work for a client of mine to finalise but half an hour was a welcomed break, I thought. I stayed for two and a half hours in the end.

Anna is an opera singer and she works with people on their voices. More precisely, she helps people step into the full potential of their voice. My interest was raised. I would love to explore the full potential of my voice. My first attempt at this took place a couple of years ago, interestingly also with an opera singer as it happens. It wasn’t very successful, though, as neither of us were a good fit for one another. So there she was, another opera singer.

I was trying to understand how she worked. “We’re expressing ourselves and communicating on all levels all the time,” Anna said.

“If you are limited by your voice, you are limited in your self-expression. Many people have lost touch with their inner self and by extension with the nature of their voice. “

“I don’t teach you a particular technique,” Anna explained. “Techniques are important but they are limited, they don’t exactly target the root cause of a problem. The root cause that limits your voice’s potential is always related to your biographical background and the beliefs that formed as a result. Freeing your voice is about looking at your unconscious inner convictions, and your deep-set ways and patterns. This is what I do with you.”

I became even more curious. “So what does one of your typical sessions look like, then?” I asked. “You know what?” she said, “Let’s spend an hour together and you’ll find out.” Agreed.

We met again shortly after. Anna was sat on a chair in front of me, I was standing. I was nervous.

I don’t particular like singing alone in front of other people. I love singing when I am on my own and nobody can hear me, or with lots of people so my voice blends in with the others.

What, and now I am supposed to sing in front of an opera singer!? We talked a while about what I do, my current challenges, some family history. I was happy that I was able to talk a little and become less nervous. Then Anna sang a tone sequence and asked me to reproduce it. It was pretty tentative, she encouraged me to do it again with a little more energy. I did it a couple of times more. I no longer felt any pressure singing in front of her; it felt natural and I felt safe.

She sat there with her eyes closed, sensing my voice while I was singing the different tone sequences.

“Is it ok if we concentrate on the ‘male’ part of your voice today? That’s when you put a bit more oomph into your voice and it gets a tad scratchy at the end. That’s something we need to work on, so let’s start here.”

Anna placed herself behind my back and, while I was singing, she gently massaged my neck. “Let go of the tension. You‘re carrying a lot.” Suddenly I felt a wild cocktail of emotions in my body, a deep sadness, anger, loneliness and guilt all at the same time. My voice broke, I had to stop singing. “What are you feeling right now?” Anna asked. I was kind of irritated. My line of ancestors appeared before my eyes. I felt the anger and the loneliness of my grandma after my grandpa left her alone with two children when he died in the war. I felt my grandpa’s sadness because he would have loved to have been with and protected his family. I felt my mum’s anger for the painful and difficult times they had to go through, the guilt she felt thinking she wasn’t meeting her mother’s expectations of supporting her in difficult times, and her loneliness from not having anybody to talk to. I saw pictures in which this pattern of unfulfilled expectations continued repeating in my family and in that moment I realised that the cocktail I was feeling wasn’t my anger, it wasn’t my shame of my loneliness. I was carrying the unresolved emotions of my ancestors.

“Let go.” Anna continued to rub my neck and my shoulders. I relaxed. “I would like to sing again,” I said. Anna gave the sequence of tones.

I took a deep breath and sang them out, so clear, so powerful, so loud, so joyful, so soulful. I was absolutely amazed at how my voice sounded.

I felt utterly relieved and fulfilled in that moment.

I am not saying that voice coaches like Anna are singlehandedly the people to go to on your path to self-expression. But isn’t it all about looking at things from different perspectives once in a while? Anna had offered me an insight previously unexplored that unlocked things for me in a powerful way.

What’s the story of your voice? Let’s inspire each other…