Sense Everything, React To Nothing ! 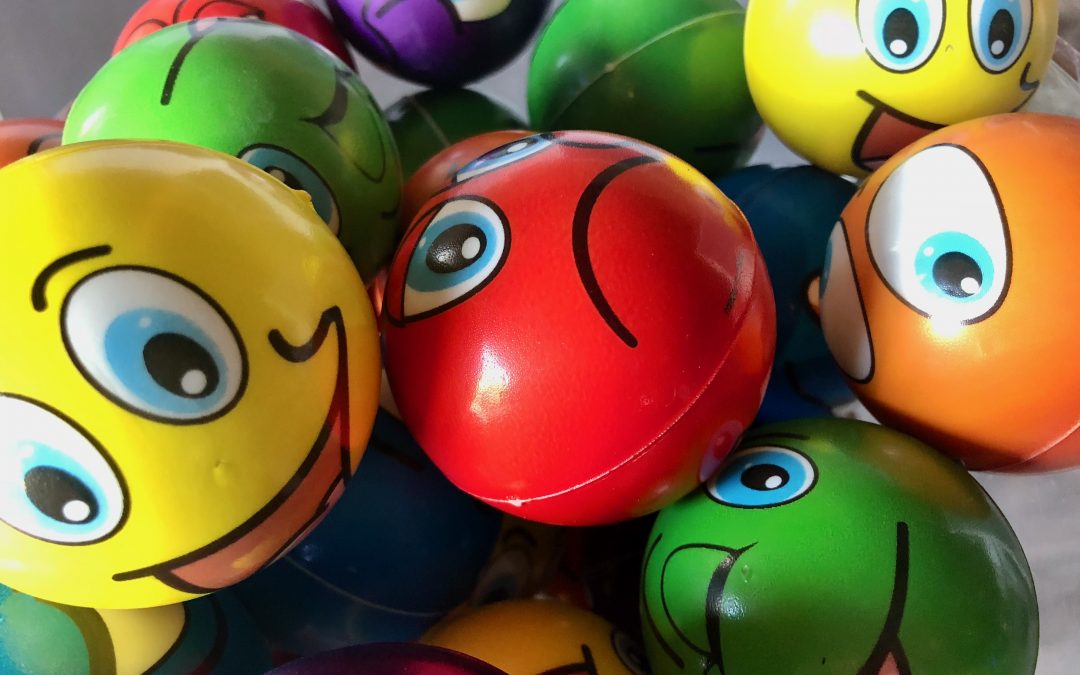 It’s my third week back to civilization from a nine-week long time out. Beginning of December, I withdrew completely from the outside world and spent two months pretty much in silence with myself. Well, more or less in silence. I still went out to buy food in the local vegetable store which doesn’t work without saying anything and when I met my neighbors, I didn’t duck my head either and sneaked by. But it wasn’t about these small occasional contacts anyway. It was about the whole picture, the sum of everything that made up my daily “outside noises”.

I desired to press the stop button for a while in order to have the space to be with myself in peace and without pressure. No must, no appointment, no to-do list, no one who would expect me to get in touch.

Beginning of December, I was ready, everything was prepared. I can’t remember ever having nothing, absolutely nothing on my to-do list. I felt relief, excitement but I also was a bit worried. So far, I had been in my element by being busy preparing everything. Now there wasn’t any excuse anymore, my retreat time could start.

However, what to do with myself? How to make use of all the time effectively? How does ‘doing nothing and listening to myself in a meaningful way’ look like?

I felt a bit insecure and anxious. So, to help me get off to a good start and use the time really well, I thought it would be good to give myself a little structure for my coming weeks. There you go, this was such a typical pattern of me for how I deal with my fears: I structure myself, make a plan and try stay in control. Instead of judging myself right away (which is also a pattern of mine), I decided to just let myself get started. By chance, I came across an online version of a meditation retreat which I’ve always wanted to do. My idea was that I would do it in Bali one day, but hey, now I would do it from home.

The retreat lasted ten days in a row with twelve hours of meditation per day. During these ten days, no speaking, no physical contact, cell phones, televisions, books were allowed.

The only thing that was allowed and necessary (since it was an online version) was the computer that Dave, a really amazing teacher, used to guide you through the program. There was a simple agenda so all you had to think about was clicking on the appropriate video, listening to Dave’s instructions, meditating, eating, and sleeping.

I was hyper nervous even days before. Yes, I do meditate. But twelve hours in a row? Can I do it? The thought already completely blew my imagination.

Anyway, long story short: this retreat was the best thing I could have done.

The main idea of this retreat was to get conscious about your own behavioral patterns without judging them, and to learn and practice not to fall into your typical unconscious reactive responses which are triggered by these patterns, but rather being able to make a conscious choice about how you want to respond. I was really curious about the approach and ready to dig deeper into my patterns.

The fundament were two meditation techniques. The first one was the pure concentration on your breath. Imagine your nose tip and feel how the air is streaming in and out of our your nose. Sounds familiar, right? In fact, I use this technique quite often on my own clients. But this was a different intensity. I had to find out that if you do it for twelve hours in a row, you cannot fool yourself. The instruction was that you concentrate exclusively on “sensing” and not react to anything, you just observe.

No matter what happens you face it with equanimity and patiently bring the attention back to sensing the breath at the tip of your nose, over and over again.

That’s really hard work! I had to admit to myself that I didn’t have the ability to concentrate for a long time. And even now, weeks after the retreat, it is still a challenge for me to constantly extend my concentration phases.

The breathing meditation, which is intended to sharpen the focus, serves as preparation for the second meditation, which does not work without the ability to focus. With your attention you wander point by point through your whole body, feeling deeply into every single point. And here too the rule applies:

Sense everything, react to nothing! Regardless of whether it itches, scratches, hurts or feels good, feel it with equanimity, stay there a little and then move on.This practice was quite a revelation for me.

Let me try something with you. Just close your eyes and sense into your body for an instance: do you sense yourself at this very moment? If yes, what do you sense, and where in your body do you sense it? Can you locate it clearly and sharply?

When I did my first laps through my body, I was downright shocked. For eighty percent of the points, I had difficulty sense anything at all. I, of all people, who thinks of herself being so conscious. It’s not that I hadn’t dealt with sensations before, but apparently, I had ignored quite a few things so far. That was no longer possible.

I directly knew that this practice was an entry door to something deeper for me. It took me a while to get out of my way. As a very top-heavy person, I tried to keep control of things.

My mind tried to label everything I sensed in my body. That was a pretty pointless undertaking, because the sensation had already changed again before I had found a categorization, if at all.

I noticed that the point is not to categorize what I was sensing in a moment, but simply to feel it and go with the flow of sensations. If there was something else that wanted to show itself, a picture or an emotion, then it happened all by itself. It didn’t need my mind as a commentator.

I realized how constant practice made my bodily sensations clearer, and after a while I was not only feeling rough sensations but also more subtle ones. But in the beginning, it was definitely the rough sensations through which I got to know some emotions that I had not welcomed in my life before, that I did not like and that I more or less consciously ignored or suppressed.

According to the motto ‘sense everything, react to nothing’, also any form of pain is only a very individual sensation. It’s a sensation and not a fact. You perceive the pain with equanimity, but you don’t react, and at some point, it subsides again. So much the theory.

Fact is that when you sit in your meditation position, no matter which one, sooner or later the pain sets in. The pain you feel is nothing abstract, it’s bottled-up energy in your body which cannot flow freely for whatever reason. This pain is already in you. That you sense it now is only because you give it a space to be seen.

If you remain sitting with the pain, you really get to know yourself deeply.

My sweet spots were my buttocks, hips, thighs and knees. At the beginning they yelled at me from the bottom of their lungs, it felt like someone was mauling me with spear tips.

Among other emotions I got to know my anger. I’ve never felt really strong anger before, but those spearheads in my hip were so full of aggressive anger, so loud that it took my breath away. At first it was difficult to relax into this raging pain and to simply observe it and not getting totally hijacked by it, but gradually we became friends with each other.

I found it remarkable the power that lies in my anger, power that was blocked as pain in my body and was not otherwise available to me. At some point I even started to encourage my anger to show itself in full intensity because this powerful energy impressed me so much.

I was more and more able to observe my anger, to sense it and be with it, rather than being overwhelmed by the pain and giving in to the reactive impulse of escaping from it through changing the position.

That’s what it is about, right? Sensing and not reacting. And then there were those occasional moments when the pain suddenly disappeared. As if someone had turned a switch, it was suddenly quiet, and waves of relief flowed through my mind. It felt as if some blockage had loosened, and more energy started to flow again.

In the meanwhile, the initial intensity has subsided. The anger found its place, shows up again and again, but it comes and goes in gentler waves. Like any other feeling.

I love the process.

By focusing on the sensations, I came back in touch with myself, I got more present. I’m starting to feel myself again with all my senses. Instead of letting myself be dominated by emotions, I feel the bodily sensations that appear hand in hand with the emotions. I let them flow through and thus make sure that they do not build up into further energy blockages.

I also look much more courageously at my ‘ugly’ feelings of fear, shame and anger, and as a result they have lost their threat, at least most of the times.

After the meditation retreat, I established a morning and evening meditation routine in which I connect with my sensations. But the real test of evidence takes place in interaction with others, not on my mediation mat; It’s about bringing that presence and equanimity to life.

This is quite a challenge as it is so easy to just revert to standard functional mode. What I practice now is to take a few minutes before and after every interaction with someone or a group of people to feel inside myself and to consciously connect with my sensations during my encounter. I realize that I am much more present and aware of what others trigger in me and what I trigger in others. And when I am connected to my feelings, I notice that I am less triggered and less overwhelmed by my emotions. I feel a lot calmer.

And then there are moments when I just fall back into my old reactive behavior patterns, well, that’s how it is. Shit happens. Next time I’ll be more aware again.

I had a great time with myself during those nine weeks off. It wasn’t boring, nor did I need distraction, nor did I lack company. Every minute there was something to discover about me.

In the end, I didn’t get a better person, I didn’t become any different, I’m just on the way to becoming more whole, more aware, more me. And that’s what I want.

Sense everything, react to nothing !